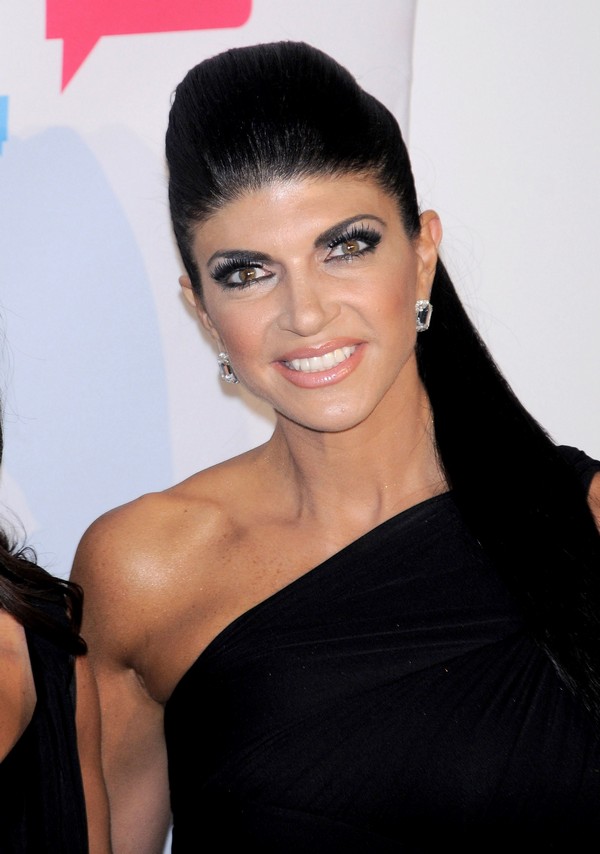 When Teresa Giudice‘s father-in-law keeled over and died in her backyard the family was crushed but that tragedy also bought her and her shady husband, Joe Giudice a few more months of freedom. After pleading guilty to several fraud charges back in March the couple will now be sentenced on Sept 23rd.  While Joe is expected to be locked up for years before possibly being deported, it’s Teresa’s future that is unknown. She could end up in a woman’s prison for 27 months- something that would keep her from raising her four daughters for a decent chunk of time.

According to the July 21st print edition of In Touch Magazine the thought of going to jail terrifies Teresa and she admits that it has kept her awake at night. Obviously she is hoping for some kind of house arrest but there is a realistic fear that the judge presiding over this case could choose to make an example out of her and throw that proverbial book at her. Teresa has spoken out about how bad she feels for her kids, especially her oldest daughter Gia who is made fun of and bullied on social media. In reality Gia is taking the heat for her criminalistic behavior and Teresa wasn’t at all concerned about how her dishonesty might affect her kids while she was living in luxury.

Do you think that Teresa really cares as much about her kids as she wants us to believe? Or is she now using them as a way to try and garner sympathy so that the judge may grant her a bit of leniency?  Tell us your thoughts in the comments below!