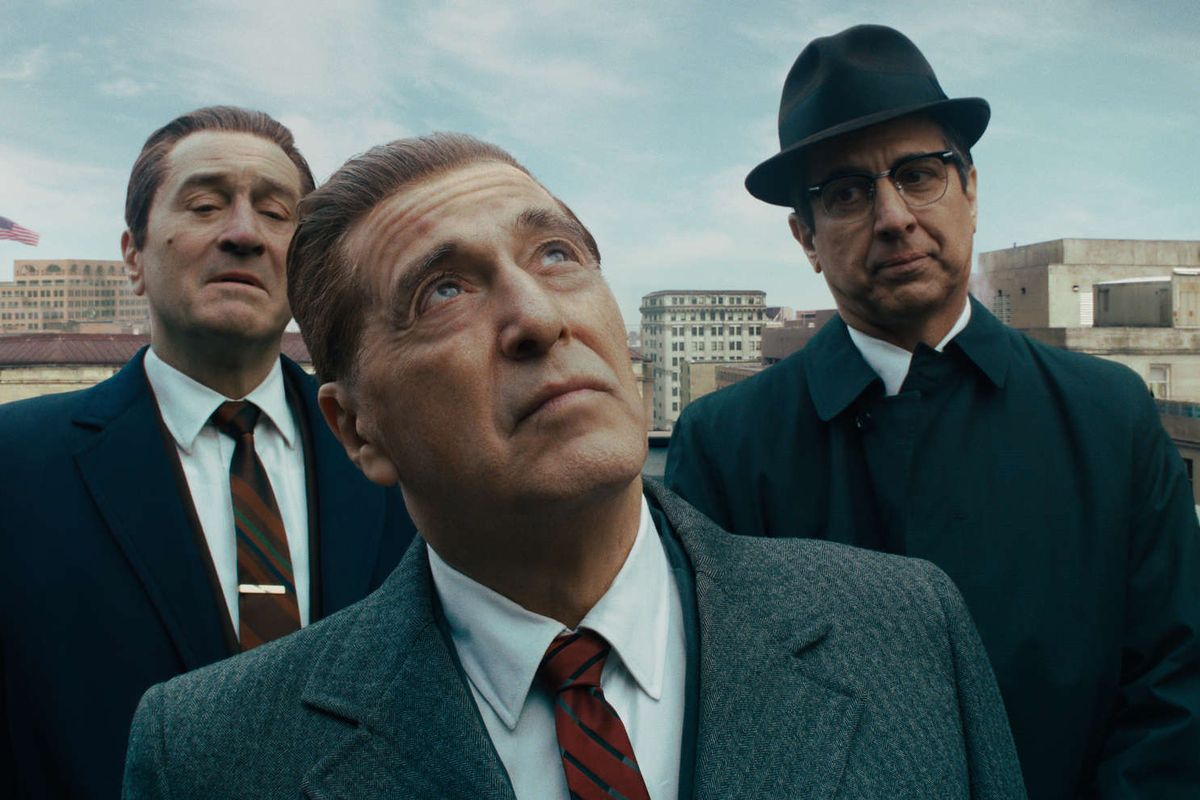 The Irishman attracted some impressive numbers since it made its debut on Netflix. Within the first five days, it drew 13.2 million viewers, according to the Nielsen reports. Since then, it has attracted over 17 million viewers in the U.S. alone. The Martin Scorsese film broke records that put it ahead of Bird Box and El Camino: A Breaking Bad Movie.

This gangster film runs about 3 hours and 29 minutes on the streaming platform. The film stars Al Pacino, Anna Paquin, Joe Pesci, and Robert De Niro. The Irishman dropped on Wednesday, Nov. 27. Even though it originally opened in theaters on Nov. 1, Netflix didn’t expect to see numbers like this. It also didn’t expect such an impressive viewership. On its first day alone, The Irishman attracted 2.6 million viewers, the same amount that El Camino attracted. However, Bird Box attracted 2.9 million viewers during its debut.

Netflix was smart to release The Irishman before the Thanksgiving weekend. Most people were either home alone or with family. This gave them the opportunity to see what’s new on the streaming platform. It turns out that most people weren’t heading out to the stores on Black Friday, Nov. 29. Most of them were at home or on a flight watching The Irishman since it reported its largest viewing yet. Even though Nielsen fails to estimate a strong debut so early, there isn’t enough information to confirm this report.

According to a report via Variety, there’s no definite information from the outside of Netflix Headquarters. Even Netflix hasn’t revealed how The Irishman has performed on its streaming platform. But it looks like subscribers were willing to sit through the long runtime during the Thanksgiving break. If you take Netflix’s streaming data and turn it into box office dollars, using the average movie ticket price of $9, the company would make $119 million at domestic theaters. But with less than 20% of viewers trying to watch through the end of The Irishman, it’s impossible to tell if those who tuned into the movie would have gone to the theater to watch the awards contender.

Nielsen has not yet to extend its business to include streaming data. With such a system in place, the research firm can’t accurately account for the viewers who watched the film on Netflix via a laptop or another mobile device. And since Nielsen is so focused heavily on the U.S., it can’t measure the habits of the other 98 million Netflix subscribers around the world. So, we can only take these numbers as face value for now.