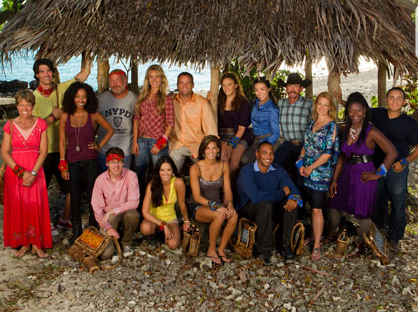 The 23rd season of Survivor is going down in the South Pacific and it’s going to be a really, really good season.  Why?  Because, if nothing else, we’ve got the breathtaking location to keep up entertained.  But really, I think this cast could be very entertaining.  Are you wondering if any former castaways will be on the show?  Well, the answer is: sort of.  Russell Hantz isn’t going to be there himself, but his nephew, Brandon Hantz will be there, fighting for the title.  Will he have better luck than his uncle who failed three times?

This season begins on September 14th on CBS at 8pm with a special 90 minute episode.  So set your DVRs and check out the full cast below.  Just click on each picture to see the castaway’s bio:

UPDATE: There is a crazy affair going on between Whitney and Keith… get all the details HERE!