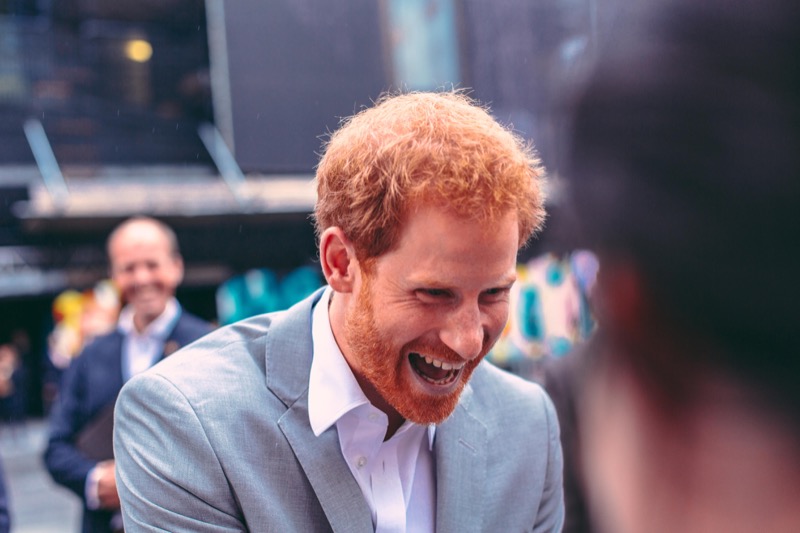 Prince Harry clearly decided to avoid the hard questions when he selected who would interview him ahead of his memoir launch. Of course, it helps if you happen to be on friendly terms with a couple of high-profile TV hosts. So, that naturally makes people wonder if they heard a “truth bomb” or not. Notably, the lack of hard questions meant that the former working family member had an easy time with reporters. And both of them usually throw out the hard ask.

Prince Harry – Thought Out Their Plan Before They Arrived In The USA?

Remember when Meghan and her new husband went to Africa? The queen sent them there on a tour and it was thought that they might be ambassadors to South Africa. But, they turned it down. Anyway, it turns out that reportedly, there was some association with the two reporters. Anderson Cooper and Tom  Bradby live in different countries, but they have one thing in common: Bradby was already known to the royal family and he seems really friendly with the Duke Of Sussex. Anderson, meanwhile, comes from a wealthy family and can also relate to the son of Princess Di.

Could Prince Harry and Meghan Markle have been planning their break from the royal family to the USA that far back? Of course, it seems possible, as they already filmed their flight to the USA which viewers saw in the Netflix docuseries. Did they use Tom Bradby and Anderson Cooper? As expected, he managed to be scathing about his family while talking on ITV, all the while denying it. Of course, he had to say something nasty about The Queen Consort’s “PR Altar.”

Prince Harry – One Step Ahead – No Curved Balls

Royal expert Neil Sean reported on his YouTube channel that when you’re going to interview a journalist normally celebs get a bit of heads-up on questions they’ll be asked. However, Prince Harry could have written the questions himself. In fact, he actually seemed to have the answers pre-prepared and rehearsed. These two reporters are usually quite cutting and they know how to make the best of the celebs squirm a bit. Or, they scratch for answers. But not with the former royal, and that’s a headscratcher.

A bit of backscratching might be in play. Recall, Tom Bradby’s been closely involved with the British royal family in the past. As Neil noted, “If you recall, back in 2019 during the African Tour” was when Tom garnered much of the content for cementing his career. Actually, it also seems to be the time that he seemed less friendly with William. If you also think back, he built himself a reputation from the tour. And, a lot of people respected his efforts. So Neil wondered if this is why Prince Harry didn’t seem to be at all stressed during the interviews.

Bear in mind, Neal Sean is a very experienced reporter. So he noted that there’s a “reason” why it’s not a good idea to get too “close” to the people you might end up interviewing. After all, celebs will try and “flatter” the journalist because they don’t want to get the curved balls coming.  As far as Neil is concerned, hardly any of the questions that folks wanted to hear were asked. Possibly, an alleged trip to spend time at the Montecito mansion in the summer placed the two reporters in a difficult spot. How can anyone be expected to ask the hard of you’re all the best of friends?

Be sure to check back with us for everything happening with The Royal Family. Come back here often for more news and updates about Prince Harry.